What is Pharmaceutical Intermediate?

(Summary description)Intermediates are a very important type of fine chemical products, in essence, they are a kind of "semi-finished products", mainly used in the synthesis of pharmaceuticals, pesticides, coatings, dyes and fragrances.

What is Pharmaceutical Intermediate?

(Summary description)Intermediates are a very important type of fine chemical products, in essence, they are a kind of "semi-finished products", mainly used in the synthesis of pharmaceuticals, pesticides, coatings, dyes and fragrances.

The so-called pharmaceutical intermediates are actually some chemical raw materials or chemical products used in the process of drug synthesis. This kind of chemical products, without the production license of drugs, can be produced in ordinary chemical plants, and when they reach some levels, they can be used in the synthesis of drugs.

The main varieties of pharmaceutical intermediates

The main anti-AIDS drug synthesized by this kind of intermediates is zidovudine, which is produced by American Glaxo. Wellcome company and Bristol-Myers Squibb two companies production.

Such as synthetic sartans because of its more complete antihypertensive effect, less side effects, long efficacy (can be stable control of blood pressure for 24 hours) and can be used in combination with other sartans and other advantages, has become a widely used hypertension treatment drugs. According to the data, in 2015, the global demand for major sartan drug APIs (coxsartan potassium, olmesartan ester, valsartan, irbesartan, telmisartan, candesartan ester) reached 3,300 tons. Combined sales of $21,063 million.

This type of intermediates synthesized fluorine-containing drugs because of its excellent efficacy in recent years to gain rapid development, only 2% of the market in 1970 fluorine-containing drugs, to 2013, it increased to 25%. Representative products such as fluoroquinolone anti-infective drugs, antidepressant fluoxetine, and antifungal drug fluconazole account for a relatively high proportion of clinical use, with fluoroquinolone anti-infective drugs accounting for about 15% of the global market share of anti-infective drugs. In addition, trifluoroethanol is an important intermediate for the synthesis of anesthetics, while trifluoromethylaniline is an important intermediate for the synthesis of antimalarial drugs, anti-inflammatory and analgesic drugs, anti-prostate drugs and antidepressants, and the market prospect is also very promising.

Scan the QR code to read on your phone

Hebei Haili fragrances Co., Ltd. was established in December 2003, covering an area of 26700m², with a registered capital of 40.2 million, 281 employees and a sales volume of 198 million in 2019.
The company specializes in the development, production and sales of chemical APIs, spices, polyimide monomers. 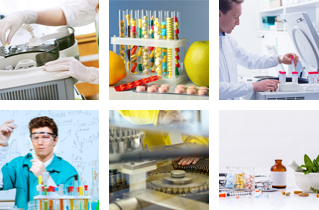 We are willing to communicate extensively with friends from all walks of life at home and abroad to work together to create a better future.